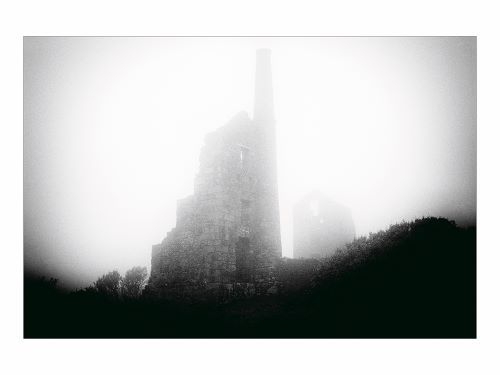 Cornish Mist and Downside Splendour!
20/09/2019
The September Open Print Competition was judged by Mike Dales (ARPS, CPAGB), a relative newcomer to the SW, having moved recently from Surrey, where he is well known on the judging circuit. Visiting his personal online gallery makes it clear that he has a penchant for the unusual, the picture that tells a story, evokes a mood or provokes a question, and this was reflected in his comments and judgements on our own work. Mike likes to look for “small details that make the picture”, and whilst he appreciated the range and quality of the work on display, he gave feedback that was full of helpful hints, tips and comments on technical aspects, but also justified his choices at length, with very specific reference to more subtle aspects of the art form.

In the colour section he emphasised the need to eliminate unhelpful skies, and to look for bright overcast days when photographing flowers and emphasised the general rule to focus a third into the landscape frame for maximum depth of field and sharper focus.

Graham Nicholls and Jill Toman were Commended for “Felicity” and “Fishing Boats near Kep”, whilst Suzanne Ladd’s “Shapely Shadows” and Janice Cuer’s “Weymouth Harbour” were Highly Commended. In 3rd place Diana Walker received acclaim for the emotional response evoked in her “Bear Cubs” and Dan Clarke achieved 2nd place for his very colourful “Sunset at Shapwick.” The photo that really caught Mike’s eye in this section was “Downside Abbey” by Bill Collett, which ticked all the boxes for light and shade as well as distant interest and intrigue.

In the monochrome section Mike looked for the full range of tones through deep black to pure white, and for strong images with something to catch the eye and stimulate the interest.

Bill Collett was again amongst the awards with both “Running Against the Wind” and “Indian Rope Trick” awarded Commended, whilst Ivy Goatcher and Diana Walker were Highly commended for “Rough Sea” and “Arctic Fox” respectively. 3rd place went to Jenny Short for “Dance in the Rain” that made Mike feel happy. Jill Toman took 2nd place with her portrait of “Morroccan Man”, and Suzanne Ladd was the winner of the section with the highly atmospheric “Cornish Mist”.

We were left with advice to avoid unintentionally “soft” imagery, and to include something unusual in record shots to captivate or intrigue the audience. Mike was warmly thanked for his input , and we noted with interest the opportunity to engage him as a future speaker.

Members will be viewing the WCPF Travelling print portfolio next week, and are reminded that hand in for the October DPI Competition is the week after. Preparations are in hand for our October annual Exhibition which will take place this year 26th October at The Methodist Hall.