RECENT NEWS > We go South in the Footsteps of Shackleton!
RECENT NEWS 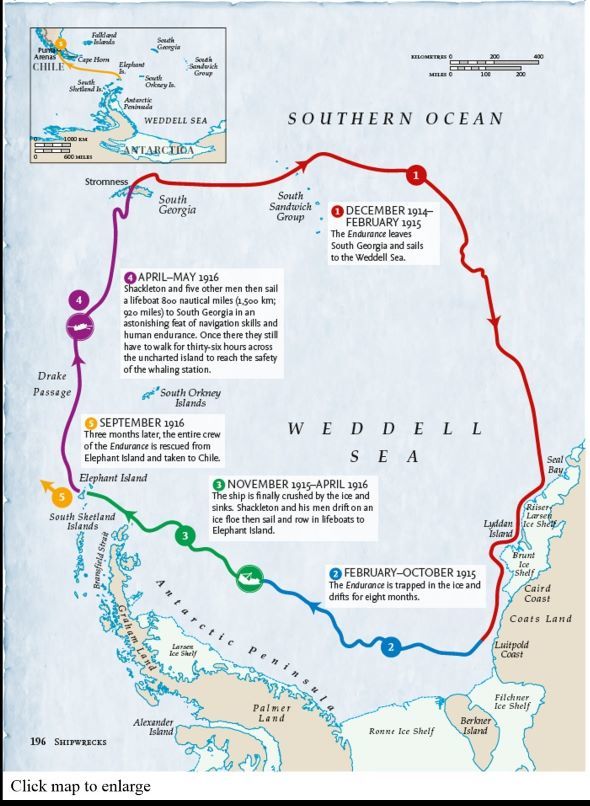 We go South in the Footsteps of Shackleton!

Guest speaker Duncan Armour supported by wife, and fellow photographer Deborah, in what was clearly their element!
26/04/2019
Mike and Margot Witcombe continue to be unable to attend our regular meetings, and we are hoping to see them both next week in Frome for the annual Tri-battle. Almost without exception the rest of the club turned out in numbers to welcome newcomers to the area Duncan and Deborah Armour, enjoying a fantastic evening in which these two talented photographers took us “South in the Footsteps of Shackleton” .
A self-confessed storyteller with a camera, Duncan combined a collection of images, including those taken by Frank Hurley on the famous original expedition, with a narrative that held us spellbound. We relived the history of Shackleton and his men in the early part of the 20th Century striving to re-establish British pride following Scott’s failure to reach the South Pole before Amundsen. We also enjoyed the hundreds of images taken by Duncan and Deborah as they followed the trail on a “holiday”.

Duncan and Deborah travelled South, landing, often precariously, on the Falkland Islands where they enjoyed the wide-open landscapes and captured the birds and wildlife of these windswept and remote islands before enjoying the delights of a Falkland Afternoon Tea- a luxury indeed! Through Duncan’s expert narrative we learned of Shackleton’s men stranded, in the Weddell Sea, surrounded and eventually crushed, by the ice, and their subsequent perilous journey to survival via the whaling communities on the east coast of Elephant Island, oblivious of the fact that Europe was well and truly at war in their absence.

The wildlife images were amazing-small, almost familiar finches, thrushes and meadowlarks were beautifully captured, together with the inquisitive Snipe, scavenging Skewers and the Johnny Rook raptors tearing their prey limb from limb. The magnificence of the Albatross, with their cute chicks and soaring flight, together with the habits of the vast numbers of penguin species encountered were all described in detail, and skilfully recorded by both Duncan and Deborah, with Deborah often capturing the finer detail in the feathers and fur, producing abstracts to die for!

We saw it all through their eyes- the Hump Backed Whales, the King Penguins transferring their egg on frozen feet, as well as the more dangerous looking Fur and grumpy Elephant Seals. And then their was the video……beautiful, haunting images of ice and snow and glaciers, floating serenely in a sea of blue in wonderful landscapes, the like of which the rest of us will probably never see. It was a truly entertaining evening of amazing photographs and great storytelling, and I personally hope to welcome our guests back in the future, for more of the same!