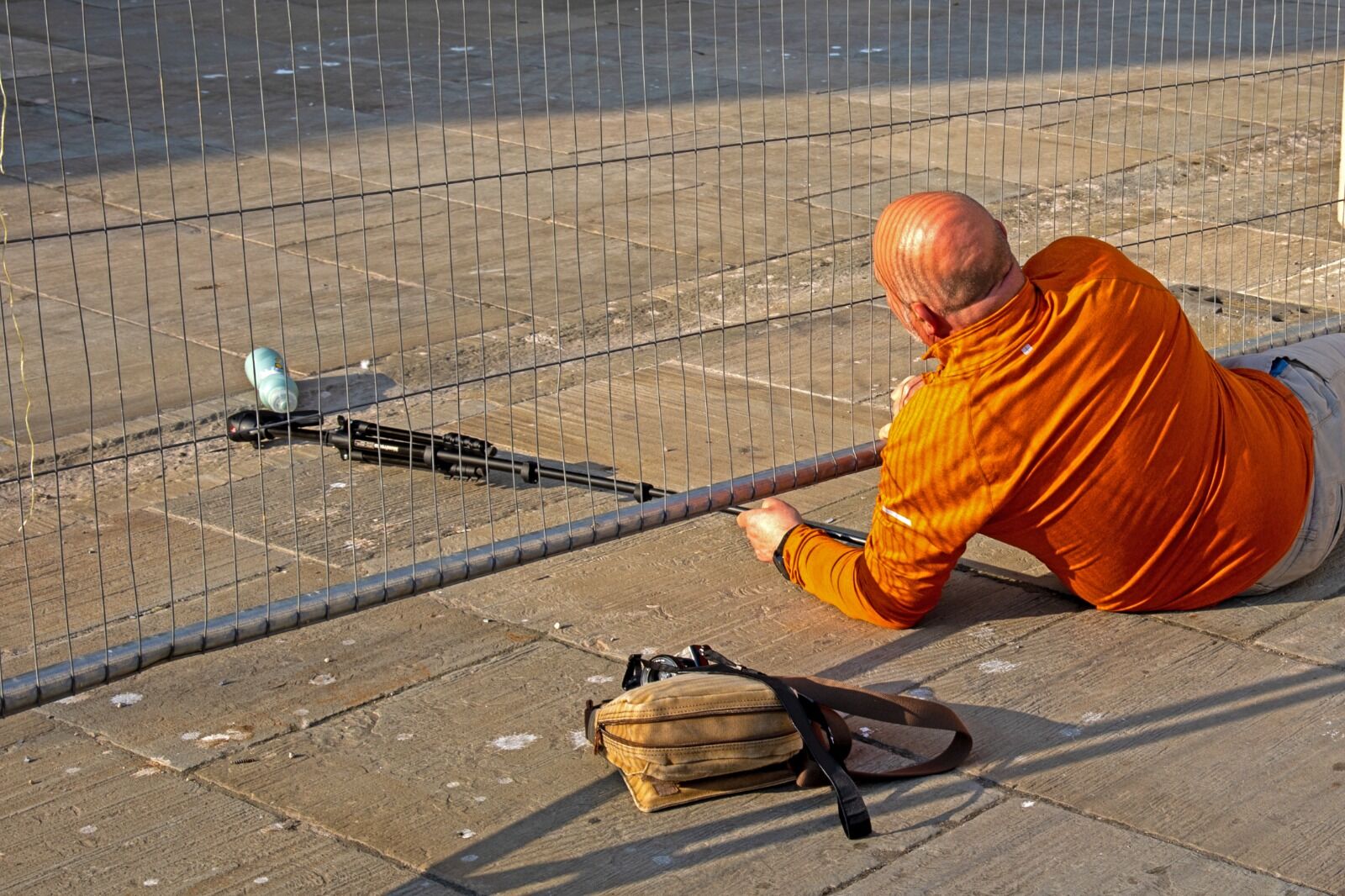 Dan to the rescue !
Previous
Next

Lots of drama on the streets of Bath!
02/07/2021
Bath on the 1st day of July, basking in evening sunlight, strongly resembled the Riviera, as its visitors thronged the streets, enjoying the open air and ambience afforded by this most pleasant of cities. For many NRPS members this was the first visit for a very long time, but one to savour for the colour and the company we kept, with one eye firmly on the street photography.

Seven of us met at 6.15pm in Charlotte Street welcoming Dan Clarke whom we have not seen for a while due to work commitments, and Graham Nicholls who joins us when the strolls are leisurely. Those away on holiday, or unable to join us, on this occasion, were full of apologies, and really missed a treat of an evening, that ended up, after several hours, in a traditional English Pub for some welcome refreshment.

There was plenty to practise on- picnickers in Queens Square, diners on pavements, street musicians and those who choose to live alternatively were there in abundance. We meandered past the Theatre Royal to the squares beyond, where some (them not us!) dozed on benches, canoodled in corners or spoke animatedly into their ever-present smart phones. From there we headed for the Abbey and the backstreets and alleyways so typical of Bath, with all its history and characters. We almost lost Graham and Louise to the delights of a couple of street characters who were more than happy to be photographed and to tell the stories of their life, providing subject matter that will no doubt adorn the entries for Picture of the Year 2021. It was near the Abbey, when alerted by the distressed wailing of a small child, that Dan Clarke came to the rescue with his ever-ready tripod, to retrieve a much-loved water bottle that had rolled under a wire fence, out of reach of other mortals! Somewhat pacified, the child resumed the chasing of balloons and the general merriment as peace was restored. Thanks Dan!

At Paultney Bridge we enjoyed the weir from both sides, snapping tourists and weary paddleboarders, as well as unsuspecting pedestrians and swooping gulls. Returning to the pub by way of the Abbey, we came across a lone skateboarder tirelessly leaping the benches as his friend videoed his efforts, so we dallied awhile and he willingly performed for our cameras as well!

This is a summer we intend to keep enjoying, so next week Frome Festival beckons in the shape of a venue that returns to the Festival after some 15 years, Marston Park. Watch this space and also take a look at the photos on our everchanging website.

Our outings and meetings traditionally have ceased un July and August, but this has not been an ordinary year and the concesus seems to bethat we keep on meeting! We will cut back on the chalenges and the walks that were extra to the Thursday meetings, and in coming weeks use the Thursday slot to do whatever takes our fancy in the great outdoors weather permitting. With this in mind the Frome Festival is taking place now and on Thursday 8th July, may I suggest we attend the free event in Marston Park, Tuckmarsh Lane BA11 5BP?

It features "Jungle in the Woods" by DJ Jeckal. That's all I know at the moment apart from the fact it is "free live entertainment" and something to do with drums, but IF THOSE WISHING TO GATHER E MAIL ME ASAP I WILL SEND DETAILS ONCE THE ORGANISER HAS GOT BACK TO ME RE PARKING AND WHERE TO MEET. I am thinking again a 6.15pm meet but will confirm when you e mail.

Take a look at the CHALLENGE PAGE- Warminster Camera Club have suggested we might want to take part in their Treasure Hunt- let me know what you think.
Next
Previous