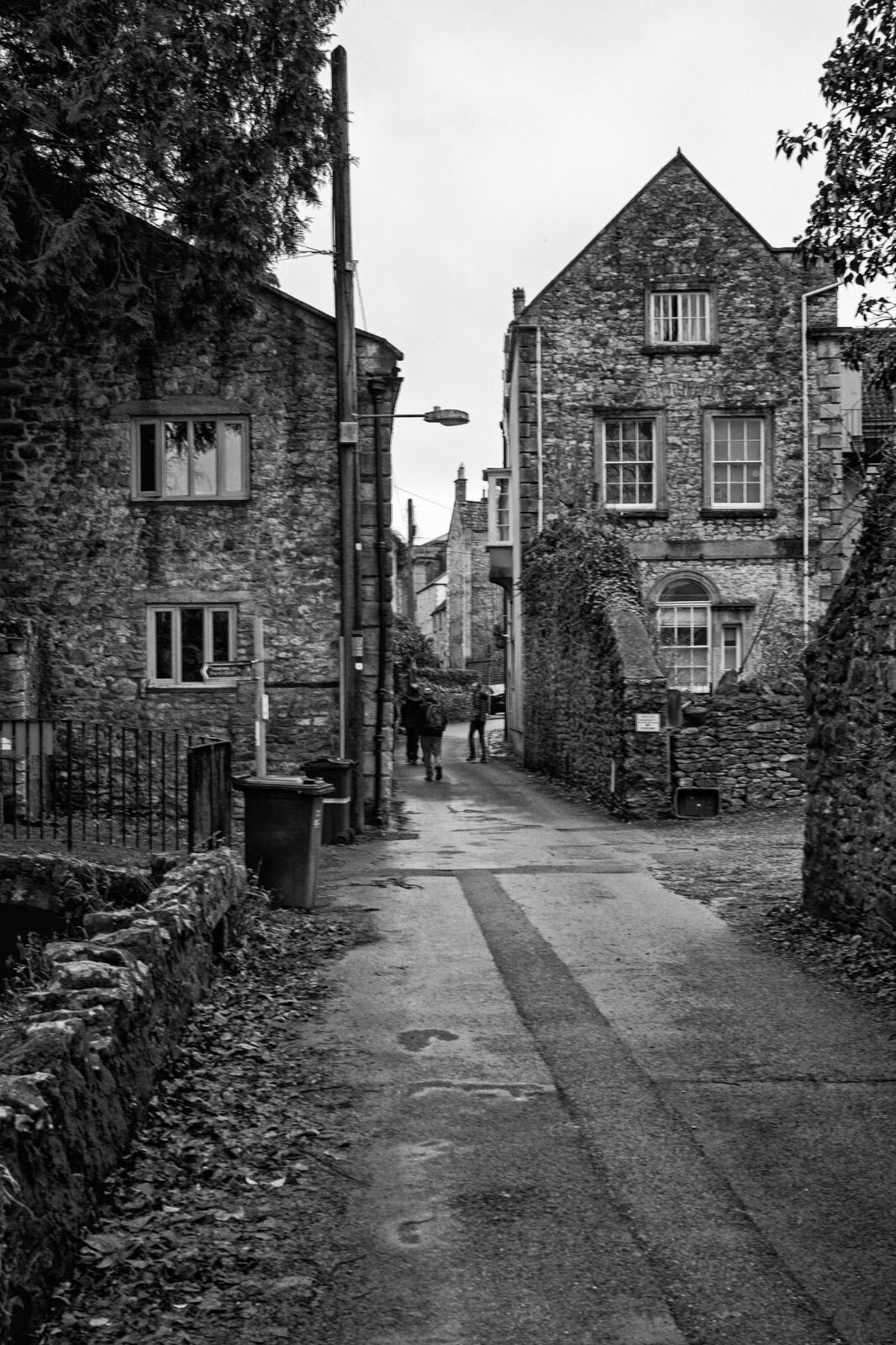 By the millstream in old Shepton.
Previous
Next

Betwixt and Between Festivities

A walk round Shepton Mallett to end the year.
31/12/2021
In search of some company and photo opportunities in that time between Christmas and New Year, an enthusiastic group of NRPS members who craved a walk, agreed to meet up in Shepton Mallett for a tour and a bit of history. Whilst the streets were damp, we were in no danger of muddy swamps we would have encountered out in the countryside, and we duly completed a circular route that began at the top of the High Street and finished with a welcome bit of refreshment in the facility at Haskins, where we were warmly welcomed by staff.

The architecture in this historic market town is varied and reflects a very chequered past in which a reputation for wool, textiles, cider and beer has grown as well as a population from around 100 at the time of Magna Carta to around 10,000 today.

It is a settlement that has seen the Romans, sitting as it does on the Fosse Way, suffered under the Black Death when its then growing population was decimated, supported the Monmouth Rebellion and suffered the consequences of this when the infamous Judge Jefferies condemned twelve of its menfolk to hang in the market square. It is also the home of the Shearing family, the youngest son of which invented Babycham!

We lingered in the mediaeval Square, close to the Market Cross and the Shambles created when the town was granted permission to hold a regular market, admiring the Craft and Antique shops that prevail, and wondering how the small pubs and cafes survive with so many in evidence. Although the Church of St Peter and St Paul dominates the centre of the town behind the decaying Amulet Theatre, we discovered a wealth of other religious buildings in the form of Chapels as well as the remains of so many schools set up originally by rich traders in wool and textiles for the children of their workers. The oldest streets of the town gave us plenty to photograph near the Sheppey that tumbles alongside the winding mediaeval streets, circles the remains of mills and gushes through the impressive gardens surrounding the grandest of merchants’ houses, bypassing the workers’ cottages in Garston Street. We wound our way up past the Prison, notorious for its ghosts and inmates as well as famed as the place of safety chosen in the WW2 to house the Magna Carta and the Domesday Book, and then finished our walk through Collett Park. This wide open space known as the "gem of Shepton Mallett", was donated to the town by a local boy made good, who once trespassed on the land but made enough money in later life to buy it for himself.

Members of the club will now hopefully be inspired to enter the Shepton Snowdrop Festival 2022 Photography Competition during January, details of which can be found on the website www.sheptonsnowdrops.org.uk . This is an annual event that celebrates another of the town’s famous sons- James Allen, nurseryman and galanthophile, known fondly as the Snowdrop King, who is best known for his hybridization of snowdrops and anenomes. We look forward to Thursday’s Zoom meeting when Simon Roy presents “Adventures of a Wildlife Photographer”.