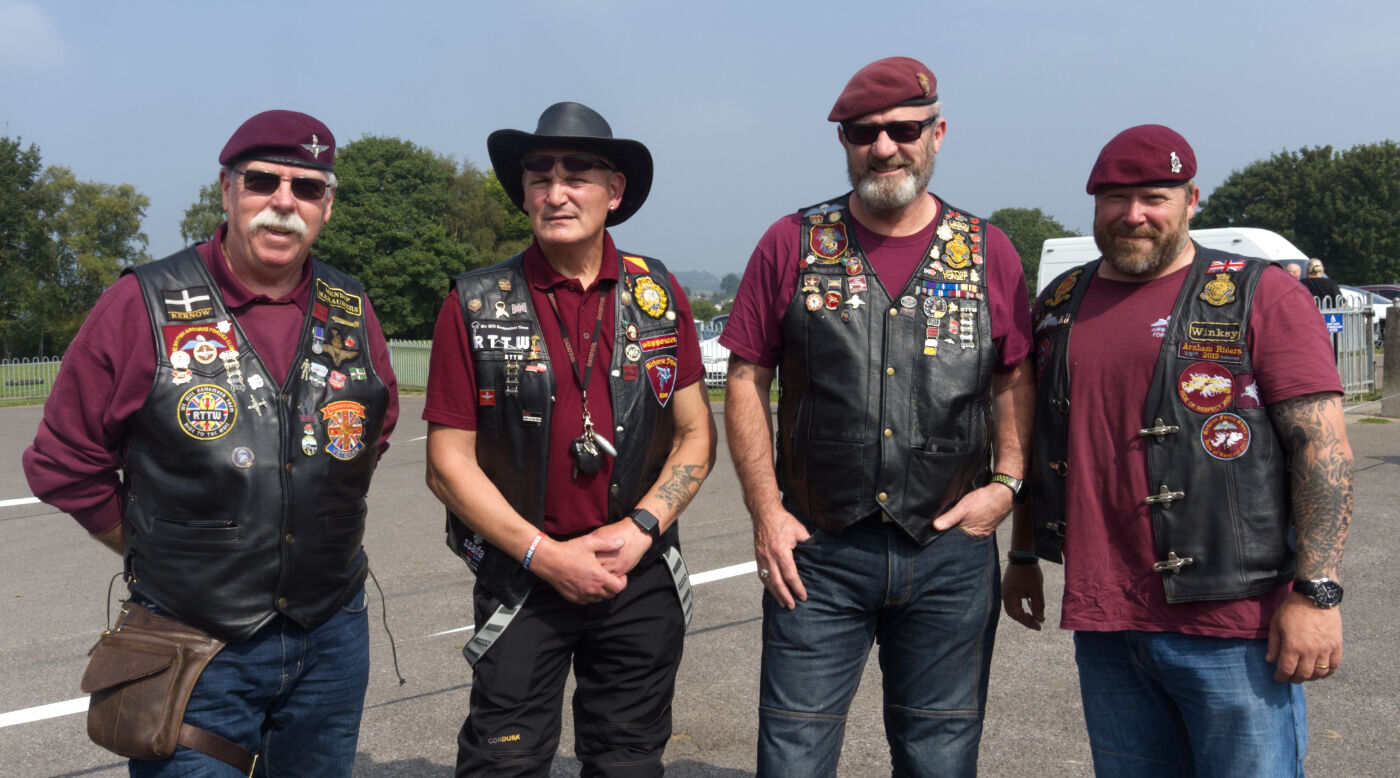 Bikers at the memorial
Previous
Next

A members' evening to treasure.

Jane and Janice lead a trip down memory lane.
01/04/2022
Two long standing and very active NRPS members, Jane Richardson and Janice Cuer, hosted the Zoom meeting we held on Thursday with a series of presentations of photos taken within fairly recently that really represented their respective interests and activities with cameras.

Janice sought to provide a whistle stop tour of her journeys and walks in a year of lockdown and personal loss that has seen her visit her childhood home in Plymouth on more than one occasion. We were therefore treated to a number of thought-provoking visual images of her beloved bridges, local beaches and Agatha Christie haunts. She took us systematically through the months in which the changing seasons saw her journey variously to Hereford and Shrewsbury, where she unusually tackled architecture and stained-glass windows, and with friends to Winchester, Tonbridge Wells and Ramsgate, towns amongst others hitherto unexplored by her. These gave her opportunities to photograph such diverse subjects as ropes and Call the Midwife in the making! We were shown incontrovertible evidence that, contrary to popular belief, she CAN tackle fungi and capture mayflies, and is not as averse to people in her pictures as she would have us erstwhile believe! We really enjoyed her characteristically humorous accounts of churchyard searches and wallpaper in Ladies’ conveniences, and were happily reminded of all the local walks and visits that she has either instigated or supported with enthusiasm; Axminster, Warminster, Bristol and Saltford, she has always been there with the camera , and as a result has achieved considerable recent success in club competitions.

Jane’s poignant images of the Memorial Service last summer, held high on the hill above Farrington Gurney to commemorate those who lost their lives when a WW2 glider bound for Arnhem crashed, provided considerable contrast after the break, reminding us of a local heritage we had explored previously on a NRPS walk, when cows rather than uniforms surrounded the historic marker. On this glorious day last summer, bikers, police and army personnel gathered on the hillside, together with army cadets and children, as well as with Jacob Rees Mogg and war veterans of note. Under the regimental flags, and to the strains of the lone piper, wreaths were laid by descendants of the victims, and Jane skilfully captured the moments of sadness, as well as the pomp and the ceremony that marked the occasion as The Last Post resounded from the bugles. Again, one of these images recently won first place for Jane in a club competition. On a lighter note, the second part of her presentation took us to London where in 2019, and more recently with family, she explored the visual delights of the London Eye and the shapes of the modern city buildings whilst enjoying the fun of the fair with grandchildren, and wondering at the fire eating tuba players. Here, Jane also ventured into unfamiliar territory photographically, experimenting with slow shutter speeds and camera movement amidst the joys of Brick Lane and whilst recording the colours of the market and the buzz of the street markets. It was a very pleasant evening spent with friends, in comfortable surroundings, that rekindled special memories for all, and we warmly appreciated the efforts made by Jane and Janice on our behalf.

PS The monthly Challenge will resume now! I will post under CHALLENGE shortly and you have till April 27th 6pm to get your shots to me for comments on the website before the May challenge is posted !
Next
Previous