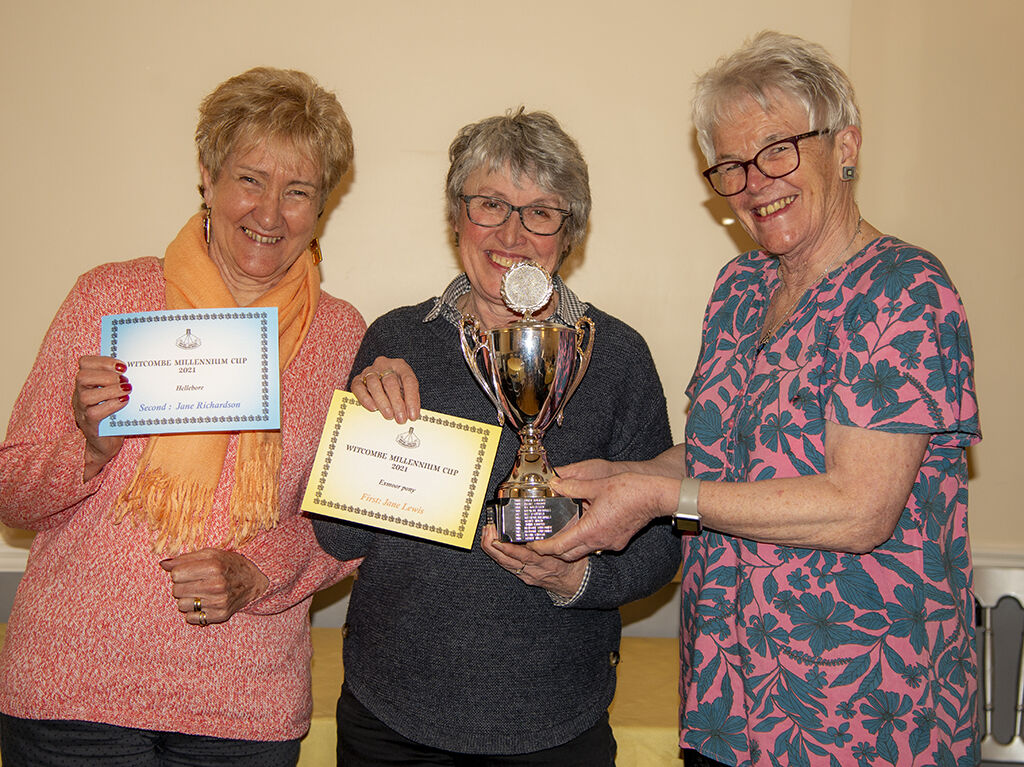 Jane Lewis takes the 2021 Witcombe Trophy!
25/02/2022
Norton Radstock Photographic Society was back in business as usual again for its Annual Picture of the Year Awards Dinner that took place at Old Down on Thursday evening. Last year it was Pandemic postponed, and took place much later in the year, but this was a welcome return to normality, preceded as it was by snow and hail!

It was very well attended by members old and new, and we enjoyed a thoroughly good meal amongst good friends with lots of laughter- something that sums us up as a thoroughly sociable organisation on which we can depend in an increasingly unpredictable 21st Century world. Janice Cuer had organised the hospitality to perfection, and despite feeling distinctly under the weather, Jill Toman was her usual efficient self in organising certificates and engravings. The evening saw the welcome return to the fold of Geoff Noad, whom we imposed upon to take the photos to record the evening. These are all available on our website, and additional ones, skilfully taken by Louise Scholes on her phone, were quickly posted to Facebook.

A very good time was had by all, and whilst the main POY results have been previously reported, the overall winners from the cumulative scoring in both Mono and Colour competition throughout 2021 have not.
Both the Colour and Mono sections were won by Jill Toman, accumulating 60 and 54 points respectively. She remains remarkably consistent, and virtually unbeatable particularly in the Mono section. 2nd place in the Colour went to Tony Nineham and 3rd place to Suzanne Ladd whilst Jenny Short took 3rd in the Mono, just pipped by one point by Janice Cuer in 2nd place.

Our President, Margot Witcombe had judged the entries for the Witcombe trophy. Bill Collett’s “Damselfly was 3rd and Jane Richardson’s “Hellebore” 2nd, but Jane Lewis won the cup with her “Exmoor Pony”. The fact that these awards were so well spread across the membership is testament to the enthusiasm and talent that now prevails. We look forward to the new season with anticipation - once we get the AGM out of the way next week.