RECENT NEWS > The search for pictures within pictures-the beauty of abstractions.
RECENT NEWS 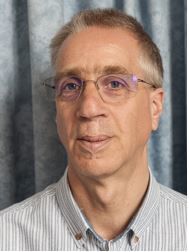 The search for pictures within pictures-the beauty of abstractions.

Andrew Marker's work takes members to a different level!
14/02/2020
Andrew Marker (FRPS, Bristol) is a highly accomplished photographer with a unique personal style that took our breath away when he led our regular club night on Thursday. It was an evening of two halves. In the first half he explained and illustrated how he has developed and refined his skill in putting together panels of images for which he has become renowned. In the second half, skilfully prepared Audio-Visual imagery took us to a range of locations and landscapes that have inspired his work. Common to both was his minimalist approach to capturing detail, and his endless fascination for the abstract image.

Andrew took us through his early ideas for panels featuring pictures he saw within pictures of the rippling reflections of the canals and the costumery of the carnivals of Venice. He showed how his understanding progressed and led him to a clear focus on the abstractions to be found within the beauty of his collection of glass paperweights. Carefully selecting papers on which to best present his textures, together with an eye for the best arrangements of multiple images and meticulous attention to alignment and design, is key to his success. He concluded the first part of the evening with the panel featuring the simple graphic lines and textures, shapes and shadows that he found on the streets of beautiful Santorini. Presented in unassuming, gentle pastels, the photos effectively conveyed the serene beauty, peace and tranquillity intended by this talented artist, combined as they were, in a minimalist whole that was an absolute masterpiece.

Each Audio-Visual presentation was preceded by a thoughtful introduction that set the scene and gave us just enough information to make us curious. Each featured the unique beauty of landscapes as diverse as the Namibian Desert and Spring in Tuscany, as well as the contrast between the seasons in Yellowstone National Park. We saw the dunes and Acacias of the desert, and witnessed its relentless reclamation of what remains of human habitation in a diamond rich haven, long gone. The gently undulating hills of Tuscany echoed the shapes and form of the dunes, but the silver and yellow foliage, and the deep green of the Poplars that punctuate and define the Italian horizon contrasted beautifully with the golden sands that tower over the rock strewn, African desert. Ever mindful of the detail and the abstract lurking in the corners of villas, and the costumes of the local characters, Andrew’s AVs were full of the pictures within pictures that are a hallmark of his work. This was an evening to remember, much appreciated by our members, who were left wanting more!

This Saturday, 15th February, sees us engage in an annual battle with other local clubs at Warminster Camera Club, and next week we will gather to hear the comments of judge Peter Weaver on our digital offerings of “The Food Chain”- a subject that we have found quite a challenge!