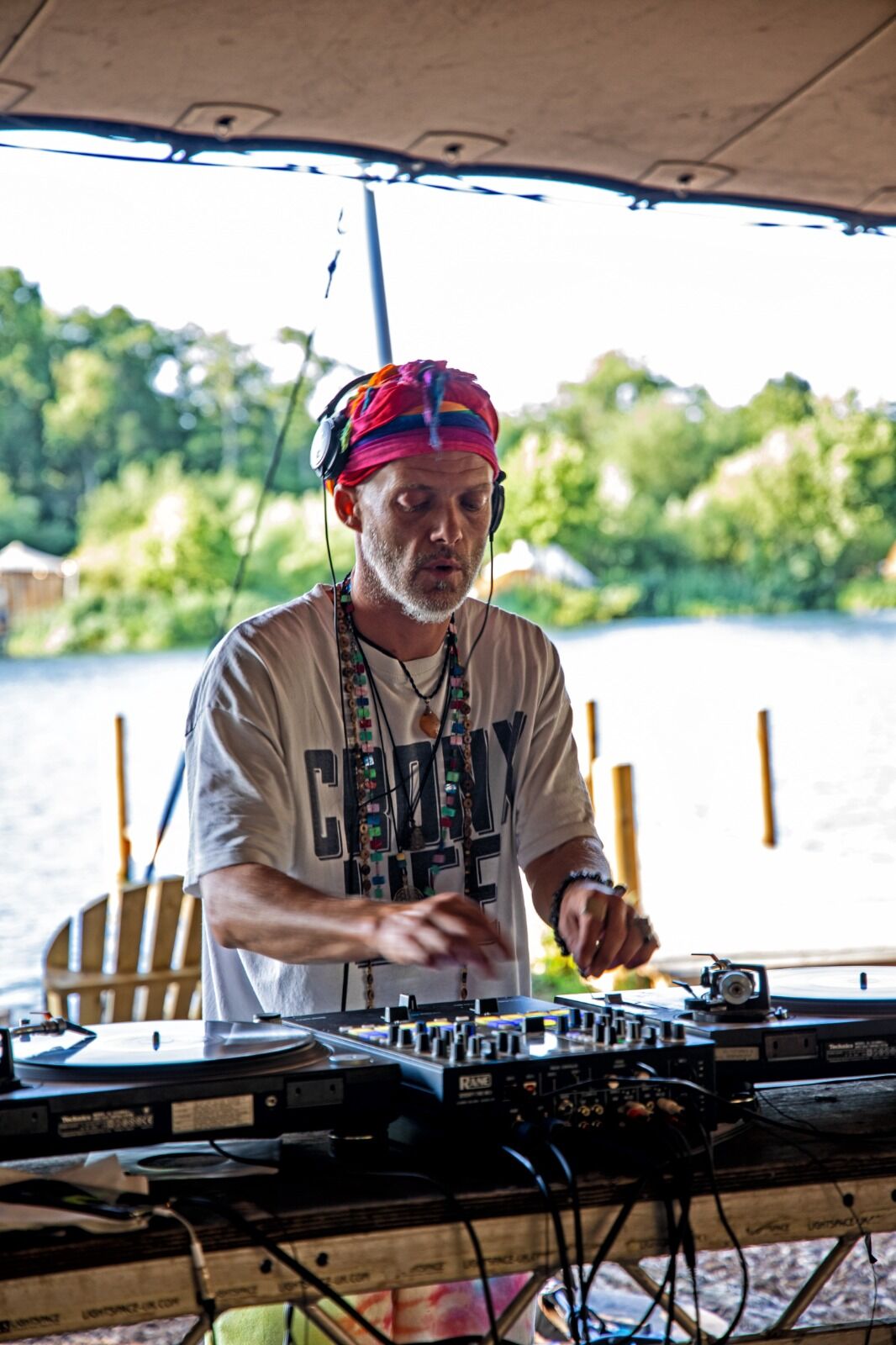 Drums and Bass
Previous
Next

In search of Festival spirit!

Some opportunities but not as many as hoped !
09/07/2021
Frome Festival has been really hit by the pandemic so that, whilst in previous years we have enjoyed the Food Fest on a Thursday evening near the Cheese and Grain that has throbbed to the beat of live bands, this year there was little to see there, so we opted instead for a rural venue unfamiliar to all of our walkers- Marston Park.

As a Festival venue, the Park has not been used in 15 years, but things have changed in those years and the fabulous lakeside is open daily to members, campers and walkers. This year a Festival site, it boasted lakeside food and drink as well as musical entertainment. Not knowing quite what to expect, members were intrigued by the scenery, and took the opportunity to focus our lenses on the water, the woods and the DJ. However, the restricted access beyond the immediate frustrated us, and we left to explore the nearby church in the grounds of the magnificent Marston House. Here we gained access to the building as well as the Churchyard as a group of bellringers had turned up for a practice, which was a bonus, as was the soft evening light on the stones and statues and the stunning views across the valley. We discovered there is a dedicated walk around the park that looked interesting- one for the future we thought.

Heading for Frome in search of more to photograph, we came upon a number of trainee firefighters, seemingly belaying themselves to lamp posts, and a colourful group of Morris Dancers due to perform in the market place. This was a further bonus, and one we enjoyed with a handful of other spectators, and much horn blowing from passers by in cars! There was less of an air of Festival in the town otherwise, so we abandoned to the outdoor bar at The Cheese and Grain where the aimiable waiter proclaimed himself a beginner at photography wanting to join a group like ours!

We had fun and the plan for next week is to take up the Treasure Hunt Challenge thrown down from Warminster Camera Club to our members. In the meantime if those who went to Bath last week would like their photos in a gallery to celebrate the trip, perhaps they could let me have some in the next few days – maximum of six each.

THE WARMINSTER CHALLENGE: The WCC is out and about in advance of a club evening on 20th July answering clues and taking photos in line with the Treasure Hunt they have put together for their members. They have invited NRPS to take part and those on the Festival trail on Thursday all seemed interested to go next Thursday if at all possible despite the distance for some.! With that in mind i shall forward the map and the questions to all those who came on the walk on Thursday. So... if any others are interested and want to come PLEASE e mail me and I will send the same to you. The idea is to meet in the car park marked A on the map at 6pm and we will head out from there in search of clues on the pink route and looking for photo opps as indicated.
I am going to have a go and hope I get some partners in crime on the night!!

On another note I DID make contact with Paulton Rovers and went to take photos for them last Saturday . I had a ball and was made to feel really welcome and I gather the report on the match features my picture and they want me back. I am going tonight for the first half of a friendly game against Radstock and I think Jane R might join me ! If anyone else wants a go meet me in the car park at the club at 7.20pm.
Next
Previous