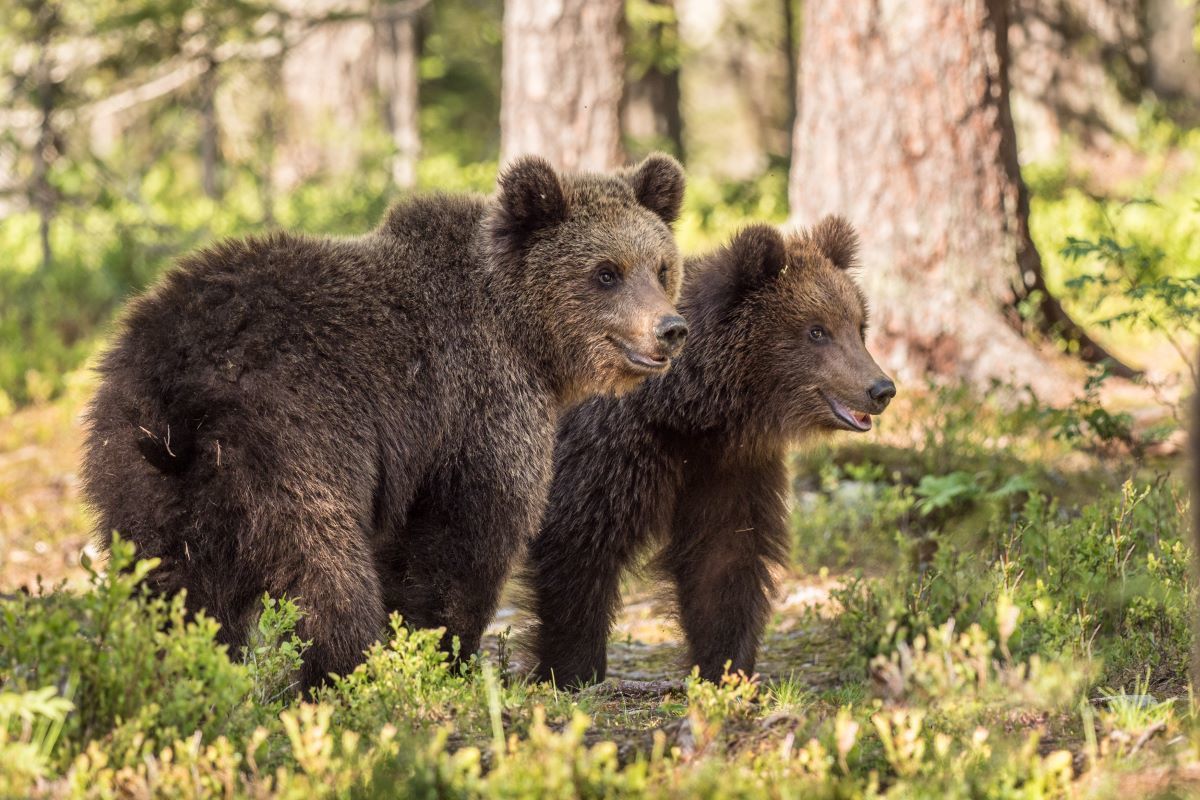 Botany and Bears from home and abroad!
17/01/2020
The fact that long standing member, Diana Walker, is driven creatively by her love of Wildlife and passion for all things botanical is never in any doubt. Her ability to demonstrate and exemplify the passions through her photos and videos on Thursday evening, ensured that members enjoyed a highly professional, well put together presentation, that featured a feast of images from every aspect of Diana’s interest.

Diana and her cameras travel extensively, both at home in her trusty camper van, and abroad with small groups of like-minded people who share her interests. On the home front we were treated to numerous images from her back garden, specially constructed to attract wildlife, including underwater images from her pond, where we came face to face with protected newts and inquisitive squirrels. Further afield, the owls of Newton St Loe, the Grebes and Swans of Ham Wall and the nearby Somerset Levels sites of murmurations draw her, and provide ample subject material and feed an enduring fascination with dragonflies and butterflies, and the challenges they present to any photographer.

The presentation moved on at a pace, and video footage of Badgers at Folly Farm alternated with the Bears and Birds of Noah’s Ark and the Wild Place. In this first half of the evening we also got tantalising glimpses of Diana’s recent trips to Finland and Iceland with the promise of further coverage in video in the second half of the evening. The stills she showed of the Artic Fox in snowbound Finland and the Bears and their cubs in Iceland together with tales of boating mishaps and helicopter rescues certainly held our attention, and prompted many questions that Diana answered with patience and humour.

After a very sociable break, in which members turned their collective thoughts to ideas for next year’s programme and summer excursions, so that the committee has some ideas to play with when they meet formally next Monday, Diana resumed her programme with exclusive video footage of the Bears and Arctic Fox in their natural environments. Who can resist those? Even though marooned at night in a hide, Diana was not without the odd fear of attack from wandering adults! Accompanied by haunting tunes of well chosen native music, the AV style presentations provided contrast to the wildlife images in the form of the symbolic architecture , and other interesting features of Iceland’s capital city of Reykjavic that she had explored in transit to wilder regions. This was a truly inspirational evening and Diana was warmly thanked for the hard work and effort she had put in to organising it. Next week sees Suzanne Ladd at the helm, and we look forward to her input as ever.

The elected Committee meets on Monday to begin to gather together ideas for the coming season, and to prepare for the AGM that will be upon us all too soon in early March. We look forward to the Annual Dinner and Awards Evening that has been planned at the Odd Down Inn, largely by Janice Cuer, which will take place on 6th February. We send our very best wishes to Mike and Margot Witcombe who are unable to attend our meetings at present, and hope that they can find some way in the coming months to be involved with the club to which they have given so much over the years.