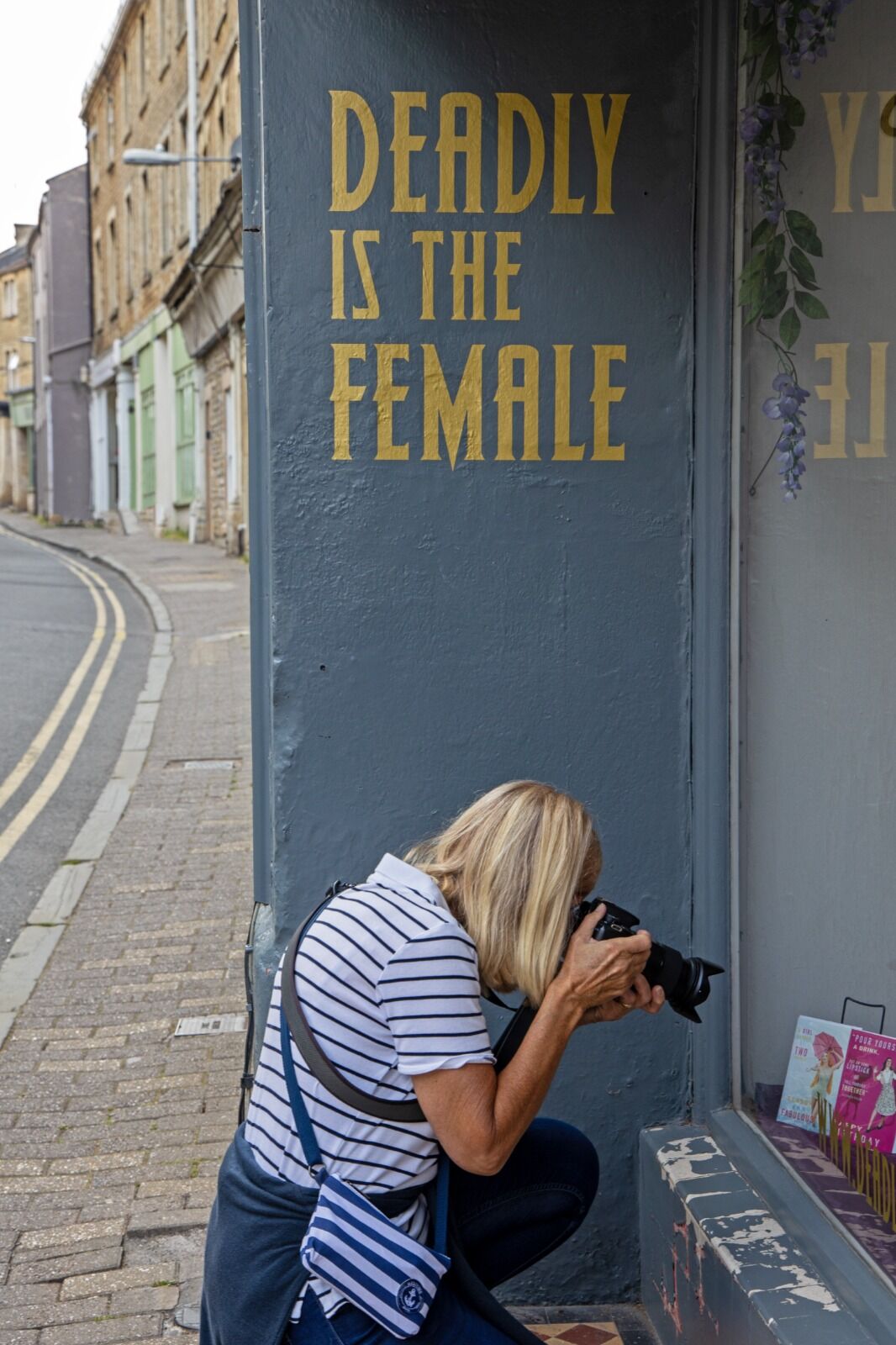 How true !
Previous
Next

Out and about in Frome.
11/06/2021
After members made a trip to Portishead last week, they travelled to Frome for an early Thursday evening outdoor session. Exploring the historic town, they finished with a well earned drink and light refreshment in the Westway Centre.

Starting at the weir on the river, hopeful of seeing possible Otters playing there, we instead were presented with an Egret wading in the shallows. On reaching the mountain bike/scooter area we had the opportunity for some high-speed action shots as the assembled youth of Frome performed their convoluted leaps and twists eager to impress us with their skills. As always, these youngsters were an absolute delight to watch and to chat with, from the teenagers right down to the Mum with the three year old megastar! It was a privilege to see them so involved in their skills. Moving on along the leafy riverside to the car park and on into the town, we loitered at the Jensen Button Bridge where later we would see the canoeists weaving through the hanging gates, and moved on past the Cheese and Grain to the main are of the town.

It was a lovely meandering stroll up through Cheap Street, the best example of a well maintained mediaeval street in Europe, to St John’s Church where we sought the 700 year old well and the sculpture depicting the “Journey of the Cross.” Following the footsteps of Poldark through Gentle St., we photographed the intriguing doors and alleys that are such a feature of Old Frome and then descended to the market cross to climb up the twisting cobbled Catherine St. that afforded us the opportunity for some street photography including the restored Victorian Gaslamp (that we had mis identified earlier), blessed with not too many people at that time of the day.

It was good to see people out and about, enjoying the evening sunshine and eating and drinking in the many places that had re-opened after Covid Lockdown. The stroll back to the cars was leisurely, and full of chat and laughter- these outings do us all good! We made the most of the wet-suited canoeists before going our separate ways after a brief chat about what we might do next week. I shall be investigating the possibility of either a trip to Rockaway or to the East Somerset Railway later this week to see just what is possible.

Don't forget to check the challenge and send me three! You will get news of next Thursday as soon as I can organise it.