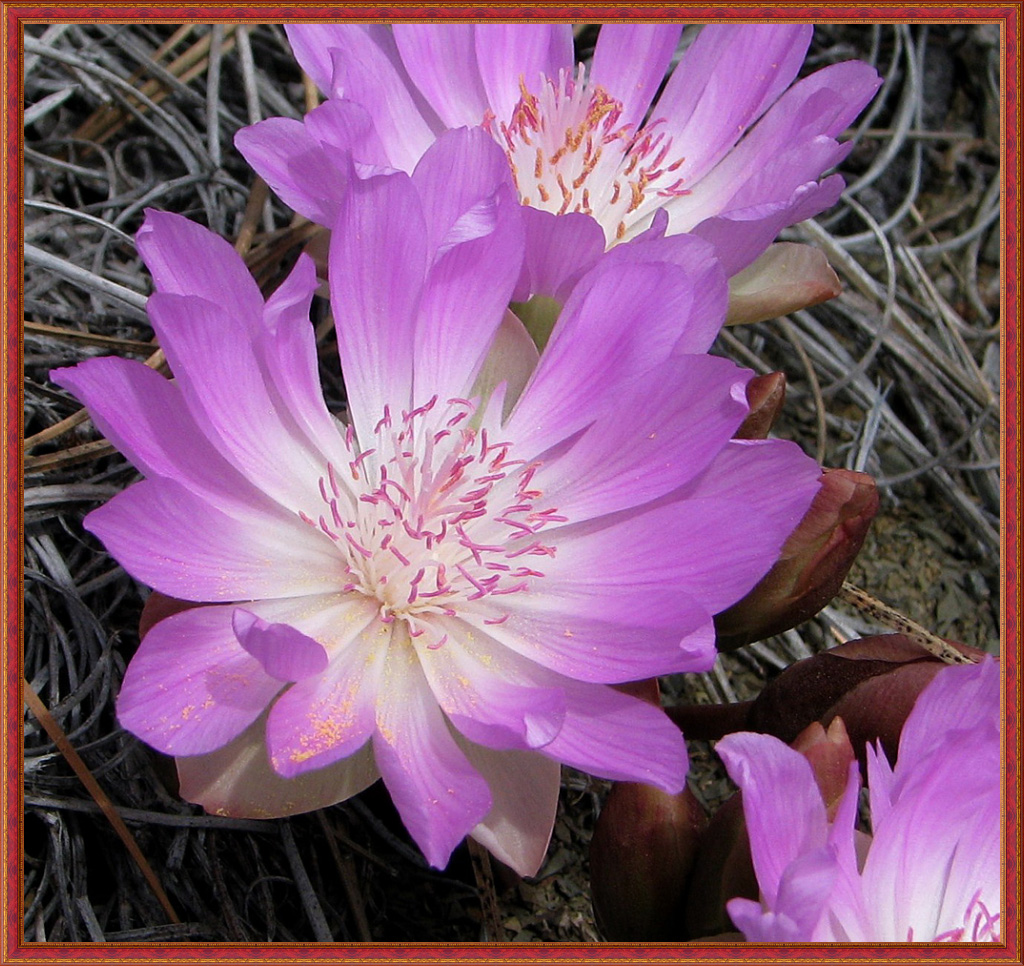 27/01/2019
The members’ meeting on 24th January showed how very varied our programme has been this year. Graham Nicholls treated us to thirty two years of history in two hours, illustrating in photos and narrative how his life was changed by a chance letter from America in the early eighties. The evening was full of photos old and new, and transported us back to a time before mobile phones and SAT navs made long distance travel and communications what they are today.

Invited to America in the early eighties to explore the opportunities to extend his growing interest in propagating alpine plants, Graham and his wife embarked, upon the first of many adventures. Courtesy of Freddie Laker, they joined like-minded people in seeking out seeds of exotic plants to feed their hobby and eventual successful business. Along the way they formed enduring friendships and built useful networks that were to shape their future lives.

We were initially treated to an image of a youthful Graham in fetching “gilet jeaune” and matching, typically 80s, fashionably short shorts, setting out to explore the delights of Cape Cod. Here they discovered the abundance of ice cream and the joys of the, as yet unfamiliar, yellow arches of MacDonald’s that were to bring them back time and again following a growing passion for plant life. Armed with little more than a map, the Nicholls’ made the long drive across the States to attend a conference in Boulder, Colorado. As well as admiring photos of the wildlife and the scenery along the way, we again saw Graham in shorts, this time in the snows of the Tundra with no visible discomfort! Through Graham’s entertaining narrative, we became aware of just how passionate he is about these beautiful plants that flourish in the wild elsewhere, that he tends and nourishes on English soil. The presentation was full of flowers and plants from distant lands as Graham and Iris developed their Nursery business in Timsbury, building greenhouses, travelling the English Countryside ,competing together in shows and growing a reputation for beautiful creations in pots and flower displays.

Graham has hidden talents not least for sailing and photography! He has won National acclaim as a discerning judge and international acclaim as a conference speaker across the USA. Author of two books on Alpine plants, Graham continued to enjoy the freedom of the road in the USA throughout the nineties and noughties, forging friendships with many colourful characters, so ably captured in film and digital imagery that we all enjoyed, alongside the myriad of images of the plant creations that define him.

It was a lovely evening of fun and friendship that is so characteristic of NRPS, and we are all now gathering for the annual dinner and awards on 31st January before continuing with a packed programme into 2019.
Next
Previous