RECENT NEWS > A win for the Society, Jan's travels and a bit of cricket fun!
RECENT NEWS 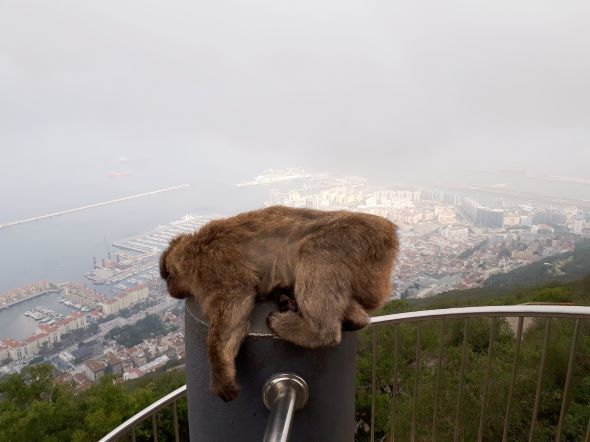 A win for the Society, Jan's travels and a bit of cricket fun!

Jan and Jenny entertain!
10/05/2019
On Friday May 3rd we won the Annual Tri-Battle with Frome Wessex and Selwood clubs at Beckington Village Hall for the first time in 15 years of entering the competition!

Members excelled themselves as hosts and competitors.The refreshments were acclaimed by Wessex as “the best spread ever” and we have all members who contributed cakes and savouries, and Jane Robertson for co-ordinating the effort with a team of helpers on the night, to thank for that. Members were there in force to support the Committee, and Mike and Margot Witcombe were there as well, which was an added bonus. Jill Toman arranged the technology for the DPI, and also drilled her helpers, Bill and Graham, in keeping the prints organised.

Take a look at the winning entries in the gallery of competition results and a separate, more detailed report in the Inter Club Competitions section.

On Thursday 9th May Jan Cuer gave the main presentation, a combination of photos taken on her travels and nostalgic journies, with a quest to make the most of National Trust membership before October expiry. The delights of cruising the tranquil Norwegian fjords after stormy sailing from Southampton, with colourful architecture and beautiful reflections, contrasted well with the atmosphere of the Mediterranean cruise that centred on Spain in all its glory and included her characteristic shots of iconic bridges and cemeteries in which she continues to revel! The Macaques atop the Rock in Gibralta made us smile but also slightly fearful, and her descriptions of the oft descending Levant fog together with monuments and marinas made for good listening.
Equally varied were her shots of visits to Prior Park, Lacock, Stourhead and Tyntesfield, illustrating the changing seasons outdoors, as well as the features of the lofty interiors of the previously stately homes.

In total contrast, in the shorter, second half of the evening, Jenny Short took us to the County Ground at Taunton to illustrate the trials and tribulations of photographing cricket. She illustrated the wide range of opportunities available for images, and gave (hopefully) helpful tips to those wanting to join her in combining her passion for photography with a love of the game.