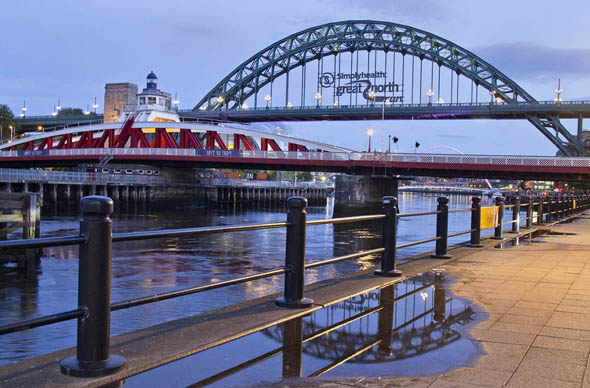 Reflections on bridges by Ivy Goatcher
Previous
Next

An evening with Ivy Goatcher

Ivy's life in pictures old and new.
15/02/2019
Ivy Goatcher’s life as a photographer was the subject of her club evening on 14th February. Taking us back to the early days of the club itself, she says that she has no idea where her fascination with photography came from, but that in the days of film and simple SLRs she joined the mostly male dominated gatherings, and learned with them (in darkened rooms) how to develop her own prints. With her late husband Colin creating images on slides, she developed her skills alongside him, and her love of travelling, steam trains and architecture began to emerge . She brought along an intriguing set of prints from pre 2006, many of which were mounted in a variety of styles, colours and sizes before standardisation for clubs became the norm. A landmark for Ivy was the opening of the London Eye when her efforts won her a number of competitions and a portrait took Picture of the Year in 2002.

By 2006 digital SLRs, and all the associated paraphernalia, had begun to emerge as a new art form and enabled Ivy to begin to learn how to manipulate her images in ways for which she is still known at the club. She, together with other members at the time, took advantage of a two year course on the digital art form at Trowbridge. They learned a lot! She now often spends hours making images look the way she wants them, but says she has had many frustrating “angry moments” when judges have thought she has manipulated an image when in fact she had not! Beware the judge that says that nowadays!!! Each image triggered memories and the stories behind how she created ghost like images in ancient building , or threw herself enthusiastically and repeatedly into poppy fields with remote triggers for desired effects were fascinating. Her efforts were rewarded with images that toured the country with the RPS exhibitions and were successful in local and South Western area competitions.

Many of Ivy’s images reflect the extensive travelling she and her late husband enjoyed throughout their time together. Particular favourites for her are clearly those from Arran, the Isle of Skye, from Syria and Jordan in happier times, and the Outer Hebrides. Whilst we had few images featuring steam trains, there were fond memories, and beautiful images of the landscapes captured as they travelled the length of New Zealand in a steam train. More recently , with her son ,she has travelled to Barcelona, a city which she loves almost as much as London. Ivy’s beloved grandchildren are another subject that she returns to often.

The evening concluded with a collection of digital images from the ladies’ trip to Newcastle last summer where Ivy indulged her love of architecture, contrasting old and new buildings, and capturing the bridges in all their glory throughout long and sociable days. This is now a favourite city to which she will return with joy. It was a pleasant evening , that meandered down the years and gave us an insight into Ivy’s art.