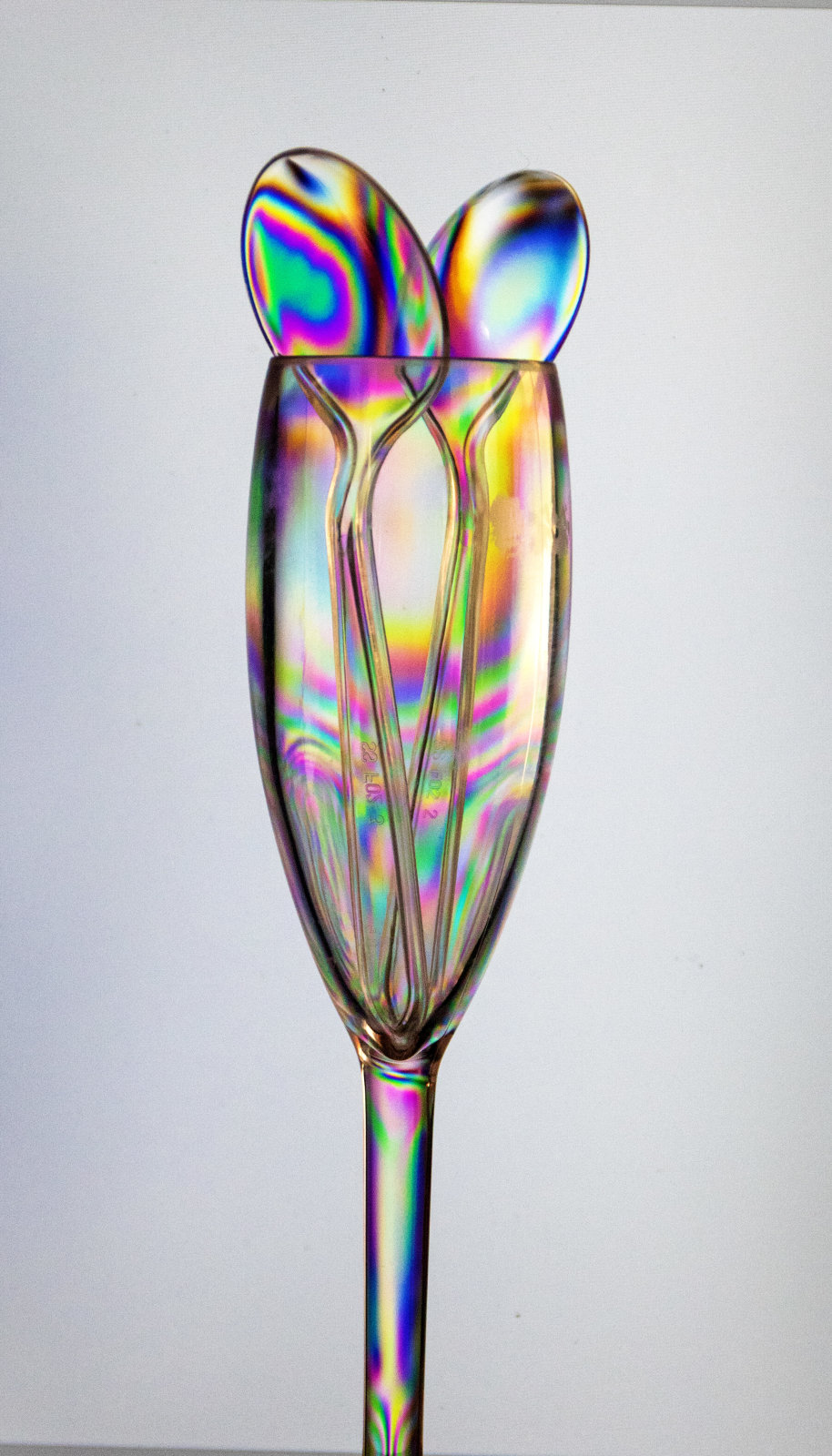 Colour in Photo-elasticity!
Previous
Next

A different sort of night!

Stay warm and try some indoor stuff!
07/12/2018
Members came out in numbers to play on the latest club evening, where they enjoyed the opportunity to try out a range of creative ideas to use at home in the warm, as the weather goes from bad to worse.

The warm up to the mainly practical session involved questioning the art of photography. Working individually, members recorded their snap judgements on given photos before working together to analyse and compare opinions on the technical detail of three of them. The first part of the evening concluded with a “Diamond Nine” activity that will be instantly recognised by anyone who has ever attended training sessions with Jenny Short in the context of her day job. Designed to get members to think and to talk, the activities provided many opportunities for heated discussion. Whether or not it will make members more sympathetic to the judges that regularly pronounce on competition material at the club… … who knows?!

Next, members discovered the delights of “photo-elasticity”, a technique that involves the use of polarising filters, and a computer screen as a background to reveal the beauty inherent in stress features of clear plastic items. The “wow factor” was certainly there for many, who spent the rest of the evening playing with plastic and exploring possibilities within the context that will be one of the categories in the annual tri-battle with Frome clubs in the New Year.

There was a tangible buzz and hum to the proceedings, as members moved with their tripods and cameras between small studio set ups. These involved water, oil and coloured paper, suspended torches and pendulating light trails, mirrors, and light boxes. Most managed to resist the temptation to pinch the wares from the tray of M and Ms beneath a glass frame, and instead concentrated upon photographing them through the water droplets, as instructed, before succumbing to the draw of a jar of bubble solution, that took many back to childhood I suspect.

It was hard to get most to stop as the clock moved towards 10pm, but the after-session clear up was completed with amicable expedience, and they eventually drifted off into the night with hopefully, a host of creative juices flowing.

Missing from the evening, sadly, was our Chair, Margot, as she was unwell, and what was to have been her evening next week, the last meeting before the Christmas break, has now been rearranged. Instead a Selection Committee will meet to choose from a range of images available for a regional competition that the club has decided to enter for the first time in a while.
Entries for Picture of the Year, to be judged after Christmas at the annual dinner, are now invited. Let’s hope the motivation, that is currently running high, continues into what looks to be a promising 2019 for NRPS.