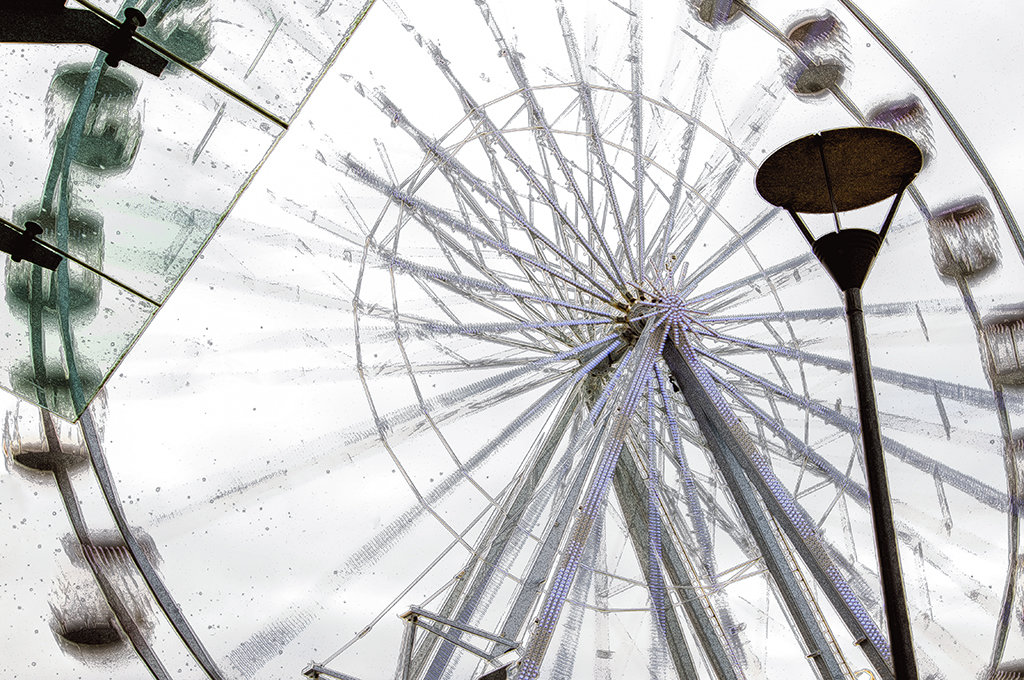 The world through Suzanne's eyes!

An evening with a different pointof view.
12/10/2018
When Suzanne Ladd goes out with her camera she looks for details that others do not notice. With an eye for the quirky, and a penchant for an alternative point of view, she can often be found lying low or perched on high. More often than not, on trips, she lags behind the group engaging unsuspecting members of the public in conversations in search of characterful portraits on the streets of our towns and cities. Equally, from a distance with a longer lens she goes in search of the canny candid in curious circumstances.

Her evening on Thursday was full of images that illustrate her preferred modus operandi. The colour and camaraderie of the St Paul’s carnival was ably illustrated, and her interpretations of the street art and harbour side showed off her love of Bristol. Her work is littered with examples of friends and family interacting playfully on the street with advertising hoardings, and images of colourful head and footwear that seems to capture her imagination wherever she goes. Often, she later transforms her images into abstracts that make full use of Photoshop filters and fuzziness, popping colour into monochromes and movement into fairground rides. Her commentary was entertaining and engaging and often included the phrases “I liked that. Thought I might play with that later.”

Suzanne loves to travel and her wanderings abroad and on a bicycle nearer to home provide plenty of opportunities to capture landscapes, street scenes and buildings that sing with culture and colour. We saw the majesty of Etna from afar and disappointingly shrouded in mist on ascent. She captured the sweeping coastlines of Sicily as well as the details of ancient Roman and Greek temples with their restored mosaics and crumbling architecture. No church interior escapes her attention and inclement weather abroad often dictated that she worked indoors on many occasion. Characteristically she did not miss a trick spotting the colour of the rain capes, umbrellas and native flowers, (whose names escaped her) brought alive by post storm light on lingering water droplets.

The long cycle ride up the NE coast from Newcastle to Edinburgh with Jill Toman, featured bridges in abundance, and views of castles across marram grass infused with poppies. Echoes of the ladies’ trip to the NE were also in there, so that the city of Newcastle was brought alive this time through her eyes, and views that differed from her fellow travellers, who were often seeing different things, and left wondering where she was on more than one occasion. Well now we know! The pictures told the story, and Suzanne was warmly thanked for her contribution to the increasingly varied NRPS programme.

Next week the DPI Competition “Architecture” will be judged in an evening that should inspire a good deal of interest and debate.
Next
Previous